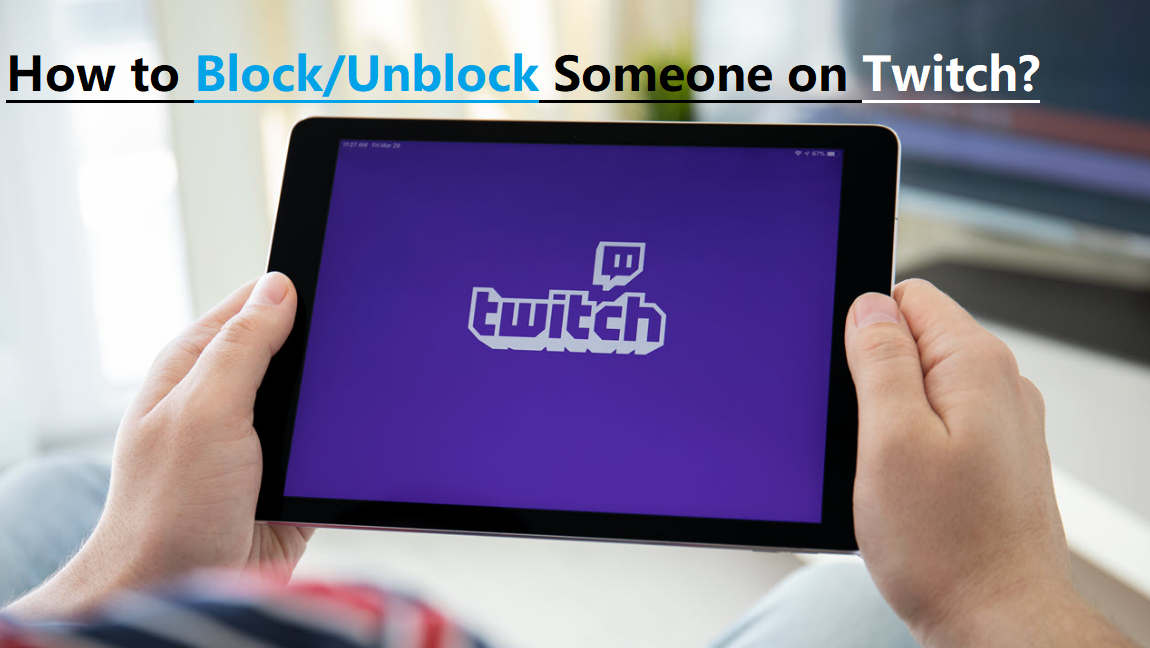 Unfortunately, if you accidentally blocked someone or decided to give someone a second chance, it’s a little more difficult to unblock them again.

Here’s how to block or unblock someone on Twitch…

How to Block Someone on Twitch

As a result, Twitch has become a major player in the video game world and attracted a variety of people. While most of the people you’ll meet will be friendly, there will always be the odd troll.

Blocking someone on Twitch is easy: just click on their name. From the user menu that appears on mobile devices, you should be able to choose Block.

If you’re on a PC, click on the three dots at the bottom right of the profile card that appears. Then, click Block [name].

Twitch quickly reminds you what a blocked person can and cannot do. Once someone blocks you, they can’t whisper to you, host you, add you as a friend, or gift Twitch subscriptions to your channel.

Twitch won’t delete the person’s messages retroactively, so if the person said something particularly offensive, just refresh the page to erase their comments.

Alternatively, you can type /block [username] in the chat to get rid of them.

How to Unblock People on Twitch: The Easiest Way

However, things get a little more complex when you want to unblock someone. Unblocking someone is as simple as clicking on their card and selecting “unblock”. Unfortunately, this only works when they have been blocked recently.

You can restore the user by typing /unblock [username] if you know their exact name. You will, however, need to do some extra work if you do not remember their name.

How to Unblock People on Twitch Using Settings

Unblocking someone’s Twitch on your PC is as simple as clicking on your profile at the top right, then clicking on Settings.

How to Unblock People on Twitch on Mobile

On an Android phone, you’ll quickly learn that unblocking someone via the official Android app can be extremely difficult. It’s because, strangely enough, the Android app lacks a feature available in the iOS version.

How to Unblock People on iOS

If you do use iOS, you’re in luck. To get started, just tap your profile image at the top left corner of the app. Tap Account Settings, then Security & Privacy. Scroll down to see your blocked users.

Afterward, if you wish to receive messages from them again, you can remove them from your blocked list.

How to Unblock People on Android

You can follow the instructions above word-for-word on an Android device, right up until the point where a blocked user list is supposed to appear. Strangely enough, the iOS blocked user list did not transfer over to Android.

Hence, t.3v.fi is a quick and hassle-free way to unblock someone on Android. It’s a platform-agnostic third-party tool for managing your Twitch account, including a list of everyone you’ve blocked.

You will be asked to log in to Twitch so that the website can check your blocked users. The website itself will not see your login information.

Once you log into the website with your Twitch account, you’ll see a list of everyone you have blocked. Simply tap on the X to the right of the person you want to unblock, and they will be unblocked.

To manage your blocked users, we recommend logging into your Twitch account on PC instead if you don’t want to use this method.

You can quickly and easily block someone in Twitch if they’re annoying you. If you decide to unblock them, it’s easy and quick to do—as long as you’re not on Android.