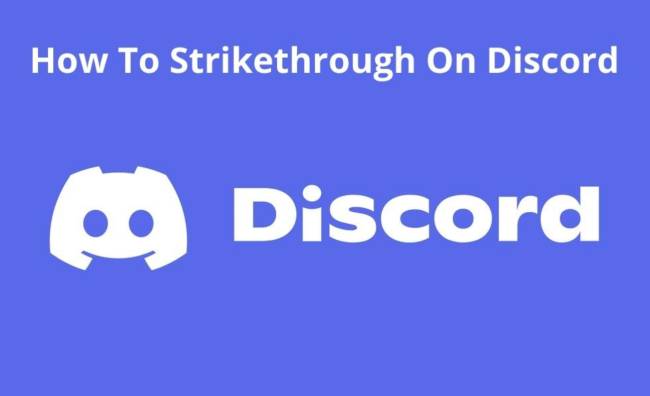 Gaming, business, social groups, and just about any other group of people can communicate online using Discord, the world’s leading online chat server. Using a server model, Discord allows each group to have its own little world with unique rules, bots to add flavor, member communities, and much more.

While the main focus of the service is voice communication to allow gamers to coordinate their play online, the chat portion is also rich and feature-rich. Therefore, Discord has become a popular platform for a wide range of communities beyond gaming.

Discord offers a variety of features and capabilities, however, so learning how to use it can take time. Using Discord’s Markdown Text formatting system, I’ll show you how to add formatting to your text chats.

Discord uses the “Markdown Text” formatting system, which uses plain text for formatting. In essence, it converts plain text into HTML, which is then rendered in a web browser.

By typing normal text plus the formatting codes (which aren’t complicated or lengthy), it produces a wide range of visual effects with very little effort on the part of the user. Text can be bolded, underlined, and other similar effects can be applied.

Markdown is written in Perl, one of the most popular online programming languages. In essence, Markdown is easier to use than HTML, while producing the same visual effects without having to deal with tags.

We will highlight each of the basic features of Markdown and how you can use it. In all of these formatting codes, you put a special character or characters before and after the text you want to change. When it is placed before, the effect is activated, and when it is placed after, the effect is deactivated. When you type the codes into the Discord chat window, the output is what everyone else (and you) sees.

Reddit, another popular website, also uses Markdown to allow users to easily customize their text without knowing any HTML.

Let’s take a look at some common text effects you can create in Discord using Markdown.

How to Use Markdowns

When using markdowns, it’s important to understand that the characters should be placed before and behind the text. You must use exactly the right amount of keys when creating a markdown, for example. You will end up with something like this if you do not follow the accepted protocols:

If you’re a new user, the image above makes no sense, and it shouldn’t look like that. To see how successful markdowns look in Discord, continue reading.

Double tildes are used to strikethrough. On most keyboards, the tilde is located to the left of the 1 key.

Bold text is added by adding an asterisk before and after the text. As an example:

You add an asterisk to each side of the text you want italicized. As an example:

Underlining is achieved by adding two underscore characters ‘_’. As an example:

By combining the codes, you can also combine effects. The text will be bolded and italicized with three asterisks. As an example:

Combining lots of codes can get really involved (and silly). It doesn’t matter to markup. There is no judgement in markup. Markup simply renders what you tell it to. As an example:

Spoiler alert: they undo the “Snap” in Avengers: Endgame. You need to get over it if you’re mad at me for telling you that; the movie came out months ago. On the other hand, if you said that on Discord the next day, you’d have to censor it to prevent ruining the movie for everyone in your channel.

You can use a spoiler tag to type this message while giving people the option not to see it. Discord hides text between double pipes when you add two “|” pipe characters. As an example:

Notice how the spoiler is blacked out in the displayed text? When a user clicks on the black area, the secret is revealed. As a result, you can type whatever spoilers you want, and only those who want to read them will see them. In that case, they are responsible for spoiling something for themselves.

It’s been months. Get over it. Vader is Luke’s real father, too. And Bruce Wayne is Batman. OK, that’s obvious).

For those unfamiliar, the bar is located on the backslash key. To get the “|,” press Shift+.

Shift + Enter will allow you to create an empty line anywhere in your comment if you are typing a long message (such as an angry comment about how revealing Black Widow’s death in Endgame is inappropriate and wrong). Shift + Enter does the same thing in the raw text window as it does in the output window.

You can create one-line code blocks by applying the grave accent character, which is found to the left of the 1 on most keyboards. Chat text will appear differently when wrapped in the grave character.

Putting three grave accents at the beginning and end of the text will also create multi-line code blocks.

Can you strike through a text you’ve already sent?

Yes, of course. You can edit the text by hovering over it and clicking the ‘Edit’ option. Add your u0022~~u0022 before and after the text. When you click on the small ‘Save’ option just underneath the text, your text will have a line through it.

Can I strike through someone else’s message?

Unfortunately, no. The option to edit someone’s message is not available even if you are the server owner. By clicking the three vertical dots next to the message, you can insert an emoji reaction or delete the message if you don’t like it.

Markdown lets you create a variety of useful text effects in Discord by learning how to use it. It is incredibly easy to learn Markdown.

Markup isn’t all-powerful, and you can’t do everything with it. However, this should brighten up your text chats. Can you suggest any other ways to use Markup in Discord? If you have any, please share them in the comments!