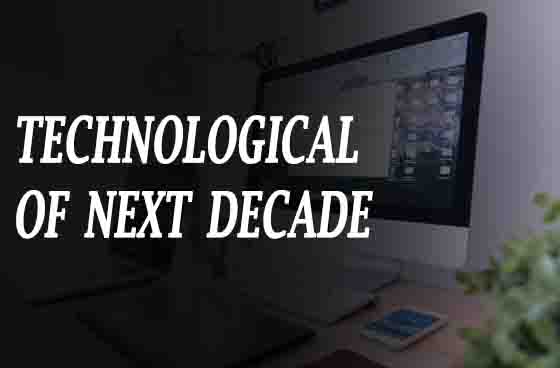 Technology, like money, is a driver for company growth, and businesses are continually reinventing and upgrading their processes to embrace the latest innovations. If you want to stay competitive, you must be aware of what is coming next so that you can prepare for the future. In this post, we’ll look at some of the important themes that we believe will have a significant influence on technology over the next decade.

Big Data refers to extremely huge and complicated data sets that are so large and complex that typical data-processing technologies cannot handle them. Having said that, these vast amounts of data are really beneficial since they can be utilized to address business challenges that we would not have been able to address previously. We employ Augmented Analytics to get into this wealth of data. Augmented Analytics uses NLP (Natural Language Processing) and machine learning (ML) to automate and optimize analytic processes across the data lifecycle, from data collection, filtering, and sorting through analysis and interpretation.

This technology trend is frequently seen in businesses that benefit from swiftly and efficiently processing massive volumes of data, such as the stock market and airline firms, as well as smart cities, healthcare, and agriculture!

Blockchain is a system for recording, authenticating, and protecting information on a network of computer systems in such a way that it makes hacking them nearly impossible. Each block comprises several transactions, which are recorded in the ledgers of all participants. A Distributed Ledger is a decentralized database that is controlled by several people.

Blockchain technology is used to store data in banking and finance, cryptocurrency, healthcare, supply chain, and logistics, digital property records, smart contracts, and many more fields. Blockchain technology has a plethora of advantages, and we are just now beginning to see its full potential outside of bitcoin. All crypto wallets are built-in blockchains that could be used to trade crypto using Bitcoin Wallet, for instance. The same goes if you want to start mining crypto, for example, helium mining. But for the ultimate performance, make sure you choose the best helium miner.

Cloud computing is the transmission of computing services via the internet on a public cloud, whereas Edge Computing is the processing of real-time data at remote areas. Cloud computing allows people to access data that is stored on other computers that are connected to the central cloud servers, whereas edge computing processes time-sensitive information on phones and other mobile, smart devices.

These technological developments may be found in autonomous cars, smart grids, traffic management, cloud gaming, and a variety of other applications. Businesses, in particular, can use a mixture of these technologies to change and improve the efficiency of many of their processes.

While robots are meant to replace people in risky or repetitive occupations, cobots, or collaborative robots, are created to work alongside humans. Cobots are low-maintenance and cost-effective, and they can also ‘learn’ on the job.

Thousands of industrial enterprises throughout the world use cobots to do monotonous jobs, and we can expect to see businesses of all sizes use them to better automate their operations over the coming decade.

NLP is a subfield of AI that deals with the interaction of humans and computers via the use of natural language.

NLP Technology is used by language translation tools such as Google Translate, word processors such as Grammarly, and virtual assistants such as Siri, Alexa, and Cortana. Further study on this topic will help robots get better at detecting and responding to human languages in the future years.

A chatbot is a simple software program that is used to conduct online discussions using text or text-to-speech rather than giving direct contact with a real human agent. Voice user interface (VUI) technology, on the other hand, is speech recognition technology that allows people to communicate with computers, smartphones, and other devices via voice commands. You’ve interacted with a chatbot if you’ve ever seen a pop-up on a website asking if you have any questions, and Alexa and Siri are popular examples of VUI technology in action.

These technologies, when combined, provide an effective communication solution for any organization, large or small, and they represent the future of brand engagements and consumer experiences.

An autonomous vehicle, often known as a driverless car, runs by executing required activities without the need for human intervention. It can perceive its surroundings, and Tesla is a well-known example of an autonomous car maker.

Although Big Oil has a death hold on the automobile sector, we anticipate that their rule will end and that vehicles will ultimately be electric and have some autonomous functions. While we frequently think about this technology in terms of individuals, there are many economically feasible applications for it as well. You could see self-driving semi-trucks on the highway next to you one day!

Co-creation by Machines and Augmented Design

This technology is being utilized to generate new works of art by the Paris-based Generative Adversarial Network (GAN), and IBM’s Watson is an AI-based music program extensively used by music producers. Augmented Design may also be utilized to increase the efficiency of production processes, saving companies time and money.

Uber, Airbnb, Facebook, Amazon, Square, Social Finance, GitHub, and Waze are some notable examples of digital platforms that promote business interactions and exchanges between providers and customers. Because of the success of digital platforms, more conventional firms that do not have a digital presence are considering shifting their business models, and we do not anticipate this trend to stop anytime soon.

Cybersecurity and Resilience in the Cyberspace

A Cybersecurity or Cyber Resilience Framework is an essential part of every organization. Companies now face a variety of data security concerns, including phishing and malware. Companies should earn the status of cyber resilient in order to secure their clients’ data and gain their trust.

Companies that are cyber resilient can consistently produce the required output in the face of a cyber-attack. As a result, every organization should prioritize being cyber resilient. Accenture, for example, has transitioned from being Cyber Secure to Cyber Resilient. This will also help the war against scams, it will help bot protection, which currently is a huge problem.

RPA uses software to automate repetitive activities that would otherwise be handled by a human operator, allowing them to focus on more complicated, value-added tasks. This technology is part of a larger movement toward automation that will affect every business, and it is effectively taking over more error-prone operations such as client onboarding, reporting, and transaction reconciliation across numerous industries.

To begin, several firms, like Coca-Cola and Walgreens, have begun to use RPA to simplify their PR and Finance departments.  This is what the future of work will look like.

A chatbot is a simple piece of software that would be used to handle group debates using text or text-to-speech rather than giving direct contact with a real human representative. Voice interface design (VUI) technology, on the other hand, is speech recognition technology that allows people to communicate with computers, smartphones, and other devices via voice recognition. You’ve engaged with a conversationalist if you’ve ever seen a pop-up on a website asking if you have any questions, and Cortana and Siri are popular instances of VUI technology in action.

Several technologies, when combined, provide an effective communication solution for any organization, large or small, and they represent the future of brand engagements and consumer experiences. This will find many uses, one of them being virtual IT Support.

The term “mass personalization” refers to the practice of providing individualized products and services to large groups of people. Micro-moment, on the other hand, refers to reacting to client demands at precisely the appropriate time. To do this, marketers must become more helpful in order to satisfy their clients’ real-time requests, which is only feasible with the support of AI, ML, and Big Data technology.

As the world returns to the office and to work, concentrating on business architecture will be more important than ever. Leaders will be identified by the brilliance of their technical decisions rather than the success of their commercial plans.